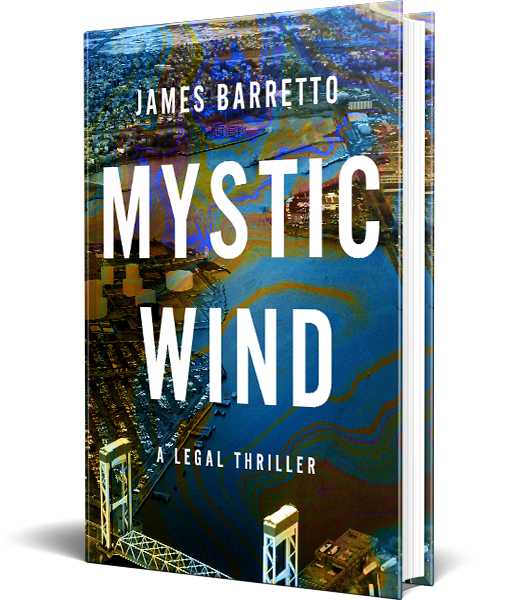 Boston star-prosecutor-turned-corporate-attorney Jack Marino has risen fast and far from his upbringing in the Mystic housing projects. But after he’s savagely beaten in retaliation for his work as head of the District Attorney’s Urban Gang Unit, he’s fired because his powerful boss is running for governor and fears the beating may have shaken Jack’s formidable confidence.

Jack lands a plush suite at his father-in-law’s mega law firm, making big money practicing corporate law. Although he seemingly has everything—money, privilege, and an heiress for a wife—what he doesn’t have is his own self-respect.

When he is given a chance to get back into criminal law—this time as defense counsel in a capital murder case—he finally feels alive again. But to save his client from death row, he’ll face a criminal network far more organized and powerful than he could have imagined.

The case will take Jack back to the projects he thought he’d escaped. He’ll risk personal and professional ruin, and ultimately his very life, to fight the corrupt forces determined to see his client go down—forces that may have already given absolute immunity to the real killer.

“Mystic Wind is a stylish, polished, thoroughly enjoyable debut. James Barretto has it all—the authenticity of a courtroom veteran and the craft of a natural storyteller.”
—William Landay, New York Times bestselling author of Defending Jacob

“Mystic Wind is a classic legal thriller by an exciting new talent, delivering surprises to the very last page. It grabs us and pulls us into 1980s Boston, a world of violent streets and corrupt politicians, and attorney Jack Marino is the guy we want on our side.”
—Joseph Finder, New York Times bestselling author

“Mystic Wind is a hurricane force legal thriller that blows away the best of John Grisham and Scott Turow. James Barretto’s sizzling tale of a murder case that’s much more than it seems doubles as a beautifully honed character study of a hero forced to confront his own past. Reminiscent of both Michael Connelly’s Mickey Haller novels and Barry Reed’s classic The Verdict, this is an absolute must read.”
—Jon Land, USA Today bestselling author

“This one pushes the envelope to the edge and beyond with a protagonist racing time and his own shadowy instincts. Lush, lusty, fascinating, and smart. Enjoy this walk on the perilous side.”
—Steve Berry, New York Times bestselling author

This author is talented and gifted and weaves a story that is like true crime...
A totally addictive page-turner that will have you racing through the pages and reeling at the twists!
An outstanding story, tense writing, an overall absorbing book that was hard to put down.
Definitely a rising star in the political/ legal thriller genre. This book was a grand slam!

If you like John Grisham you will love Mystic Wind!